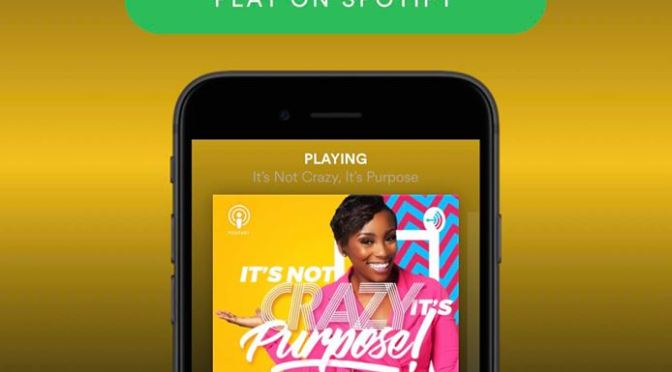 Congratulations to Angelica Williams on launching her brand new podcast “It’s Not Crazy It’s Purpose”. Angelica is the owner of A.W. Management, a Consultant, a Marketing Maverick, a Fashion Stylist and Mother. Making impactful business strides in Gainesville, Fl. via community service events and business-lifestyle empowerment events, Angelica’s new venture is sure to be another success.  We wish her the best and look forward to tuning in!!!
-Zech Wilson
Listen on
Spotify: https://open.spotify.com/show/6IH2ivmmTUM5RZJZF75JHh

Find Out More About Angelica Williams 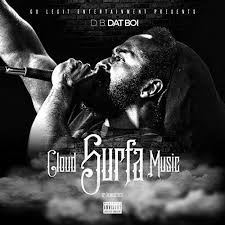 D.B. DAT BOI teams up with Drilla, who is featured and produces “Cloud Surfin’ (Again) which is a track off his debut E.P. entitled Cloud Surfa Music.

D.B. & Drilla partned up with one of the fastest growing and buzzworthy label in North Central Florida, Go Legit Entertainment which has etched their name into the music scene as force to be reckoned with in the music business.

“Cloud Surfin’ (Again) is a dope vibe for a kick back, chill night or just ridin. D.B. and Drilla delivers a jam that will be in rotation during rotations lol … Cloud Surf Away!!!

Aliche, singer/songwriter/producer and Full Sail graduate,  releases her first single “End Of The Day” which is self produced and will be featured on her upcoming EP called 4 Chambers.  This is a Uptempo R&B Dance track with Aliche expressing to her guy that she is with him thru everything, I’m loving this song and dig the message heavy!!!

Santa Fe coach Tommie Turner was a bit in disbelief after his team claimed its first boys’ district team title since 2003.

“Coming in, I thought it would be between Palatka and Eastside because the numbers they had in the sprints and hurdles outnumbered our one hurdler,” said Tuner, who has coached for 30 years at Santa Fe and 42 years overall.

After scoring 81 points in the field and jumping events, Turner thought his team had a chance. “We never thought we could score that many. That never happens.”

The Raiders’ Theriyus Banks was the catalyst by scoring 26 points in winning the high jump and triple jump and taking third in the long jump. Like Williams, Banks did not compete last year and with some encouragement from Turner, came out to compete for his senior year.

“Coach told me to come out here and be myself and do great,” said Banks after winning his first district titles. “That’s exactly what I did.”

“I’m surprised,” Turner said of his team’s 163-146 win over the highly favored Palatka. “I’m excited for the kids, but I’m really surprised.”

Trey McCray attends Santa Fe High School in Alachua, Fl.  Equipped with a high IQ of the game, great vision, unselfishness and he is a legit scoring threat from anywhere on the court.  Recently named 2nd team All Area by The Gainesville Sun after another stellar season in which he shot 42% from 3pt Range, 89% from FT and over 50% on FGs Averaging 12.0pts, 4.0 assts, 3.5 rebs & 2.2 stls PPG. He helped lead his team to the Sweet 16 in the State Playoffs.  Also this season Trey was name MVP of the Hitchcock’s Basketball Xmas Tournament helping the Raiders to the Championship win.  Trey plays AAU with Upward Stars out of Gainesville Fl.  and has won several all tournament and MVPs during league play.

Stay tuned and be on the lookout for this standout guard, we are looking forward to Trey having another stellar year during his Senior Campaign.

We Are In This Together